From the glorious Stella Duffy, message to the world…

Not Writing But Blogging

just in case anyone who reads my blog also countenances anything K**** H****** or T**** (incl Jnr) writes/tweets/says, London today was actually :

A really important and thought provoking piece. I’m so aware of the stress caused by that constant multitasking, constantly being in touch, and yet feeling less and less that I’m doing the important stuff, putting focus where it’s needed. This article has made me pause and ask myself, what am I going to do differently so that I can pay full attention to the people in my life and get back in touch with my creative self?

I’m a big fan of appreciative inquiry because it’s all about accentuating the positive, as the old song says.  When we start by looking at what’s working well, what’s good, and then dream about how we want things to be, what we could create, we take out the fear and threat and resistance that can be there when we focus on “problems”.  AI can be the framework for a coaching conversation, a supervision conversation, an away day planning session, or a team building meeting.  You can use postits and props, big flip charts and coloured markers,  have people working in pairs or small groups. It’s a dynamic process that ends with a clear action plan, and so it’s easier to engage people and keep them engaged.

There’s loads online for you to discover, so go exploring, accentuate the positive, and enjoy!

Made me cry to read this. Thank you for sharing. And sorry I’m playing catch-up with blogs.

A Foot in Two Campos

Sometimes it’s easy to remember where you were on a certain date, what you were doing.  Kennedy’s assassination, Diana’s death, the twin towers – those big, shared experiences.  And some of the big royal occasions.  For a non-Royalist, how odd that big moments in my life seem to have been marked by the Queen’s jubilees.

A really thoughtful – and timely – piece.

A Foot in Two Campos

You see the famous rock near Antequera from every direction.  From the flat plains it juts up, suddenly and harshly.  Known to the Spanish as la Peña de los Enamorados (the lovers’ rock) and to many as the Indian’s Head (or Charles de Gaulle rock) it is visible for miles, a way-marker for those travelling north-south between Córdoba and Málaga, or east-west between Granada and Sevilla.

It’s interesting to see research backing up what a lot of people who regularly meditate already know. I’m also interested in the suggestion that people take “mental time out” before making decisions: this is what people who are naturaly reflectors do, and I’ve found that they often come back with the best ideas and thoughts if they’re allowed the space they need.

Brief meditation sessions can reduce the tendency to base current decisions on past “sunk costs,” which are not relevant to the present choice, reported Wharton’s Sigal Barsade, with Andrew C. Hafenbrack and Zoe Kinias both of INSEAD.

“Sunk-cost bias” is the prevalent tendency to continue unsuccessful actions after time and money have been invested.
Frequent examples include:

In these cases, people tend to focus on past behaviors rather than current circumstances, leading to emotion-driven decision biases.

I’ve been delighted at how successful the pilot group of “Space to Think” has been.  The anonymous survey has shown that the women taking part have hugely benefited from working together, and that the format is really effective.  You can have a look at the results here:  https://www.surveymonkey.com/results/SM-596C7HG/

Group members’ comments say it all: here’s a sample:

“It is just great to have a space where you can focus on what the real issues are and then have independent, non-judgement input from the facilitator and your peers.”

“It is a great place to stand back and consider issues in the round. It is good to listen too and learn and gain perspective through talking with others, uncluttered from work: a fresh perspective. It is also great to meet other CEOs and share the challenges we all face. I think this is important and will contribute to working development and my organisation in the longer term. “

“After every session I have actually implemented much of the suggestions received.”

“I like the themes and love your input and preparation of materials and questions that accompany this. It gives us a real opportunity to explore and consider the theme well and then discuss it. Interesting too to have the issue part – sometimes shared issues and interesting to discuss, sometimes very different but good to know and consider process and practice.”

“I have been going through some very challenging times and these sessions have come along at just the right time. Having people who are ‘walking in your shoes’ somewhere else is invaluable as they really understand what you are going through even though your issues are different..”

“Beanstalk Space to Think facilitated peer support has helped me to develop practical strategies to address staff and board issues within my organisation. (The most cost effective consultancy I’ve come across!)”

“It provides a fabulous opportunity for women in senior leadership roles to learn from and support each other, develop new skills, and benefit from fresh perspectives to everyday challenges in the workplace.”

So if you’d like to join the next group, or chat about your support needs, please drop me a line – annie@beanstalkconsulting.co.uk – I’d love to hear from you, and I’ll be starting up a new group in the late summer/autumn.

Space to Think is a new project for women running small to medium sized charities or social enterprises.  Here are 13 tips distilled from the wisdom of the current group.  They were so good, we just had to share them:

For more information about Space to Think, contact annie@beanstalkconsulting.co.uk.

This blog really sang to me. We owe it to our clients to make sure that we’re quality controlling our work, opening ourselves up to scrutiny, leaving that ego behind. In this very crowded and unregulated field, I would recommend that potential clients choose coaches who are affiliates of a professional body (such as the EMCC); undertaking regular supervision; and continually updating their own learning and development.

I have offered a fair number of CPD presentations on professional Coaching Supervision and have been serving as a supervisor coach for the last 10 years. In that time I have heard very interesting conversations, both in professional associations and in coach training programmes, that coaches have relating to supervision. Reflecting on these I believe there are two reasons really.


Let’s start with the first one because the two reasons are interlinked.

The word “supervision” is a heavily laden word, with connotations of power and control. The medieval origins of the word are by themselves (c1588: overseer of others’ work) a block for coaches understanding the importance of the practice of subjecting your work to voluntary scrutiny for the benefit of the customer.

The way it is still used in psychological and academic practice, which has a power connotation of…

I like to learn new things.  I’m curious about how different people work, and I’m curious about what works for different people.  Before I started on my coaching journey with Myles Downey and the School of Coaching, I’d been to one of those cheap one day introductions to NLP.  I decided there and then not to pursue it, mostly because I was concerned about the lack of ethical framework; the way that selling stuff seemed to segue into therapy without there being any boundaries; the lack of a sense of responsibility for a client’s well-being.  I was lucky enough to get a place on the School of Coaching course, which led to a genuine academic qualification and placed values and respect for the authority of the individual at the heart of everything we did.  As I developed in my learning, I realised that there was a link between person centred coaching and the counselling training I’d done way back in the 1980s.  The goals and focus of coaching and counselling may be different, but the values around how we work respectfully with people are the same, and both need to sit within an ethical framework, one in which the practitioner is accountable to the client, preferably through a professional body.

So how did I find myself contemplating NLP again?  First of all, there was the offer of a free two day course that came through a trusted network.  And I have friends who work with NLP, friends I respect.  And I’d been very pleasantly surprised by a CPD seminar presented by Sue Knight through the EMCC.  And, when I rang the person delivering the training, it was clear that ethics were important to her too, and her background was in psychology, rather than sales. I did the first two days, and enjoyed them.  I’m a magpie for things that may be useful, at some point, in my work.  Some of that introductory thinking made sense, and I was intrigued by the eye movement stuff.  I had a week in which to sign up for the next two days – which would get me a diploma! – after which the price would rise dramatically (beginning to see a pattern?) and, somewhat uncharacteristically for me, I signed – and paid – up.  But by the end of the “diploma” weekend (no-one fails, by the way), I had made a very firm decision to end my dalliance with NLP.

So what happened?  Well, first of all the trainers started to disclose some of the more subtle tricks of the trade.  They didn’t talk about “if you decide to go further and take the practitioner course”, they talked about “when”.  There were ways of using language that manipulated the “client”.  I began to have the very uneasy feeling that I’d been duped into doing this course because they’d used suggestive language during the freebie.  My sense of uneasiness grew throughout the weekend, a gut feeling of dis-ease.  So much of the focus was on the practitioner influencing, leading, planting suggestions, and I could see how easy it would be to manipulate someone without their having a clue about what was happening.  Sales and personal development should not, in my mind, share the same bed.  There was no talk about empathy, none of the beautiful active listening that is central to person centred approaches, none of the creativity that we can bring to a coaching session through following the client’s interest.  There are some useful things, to be sure, and I wouldn’t trash everything by any means; but the most valuable thing I learnt was that sometimes you have to take a wrong path to get back on the right one, and I have been incredibly blessed by having the teachers – in counselling, coaching, yoga, and life – that I have had along the way.  I want to continue to develop and work in a way that honours the other’s own resourcefulness and integrity.

My approach is confidential, creative, person-centred, and flexible.

I offer person-centred coaching for individuals and organisations. I love coaching because I get a huge buzz from seeing people grow and realise their potential. What could be more rewarding than to watch people achieve a sense of clarity and empowerment, to grow in confidence and self-esteem?

Find out what Beanstalk can do for you.

Error: Twitter did not respond. Please wait a few minutes and refresh this page. 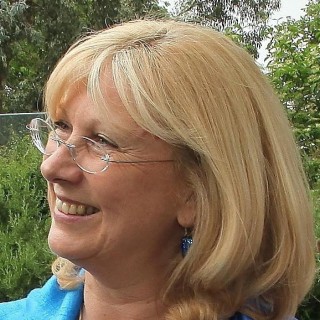